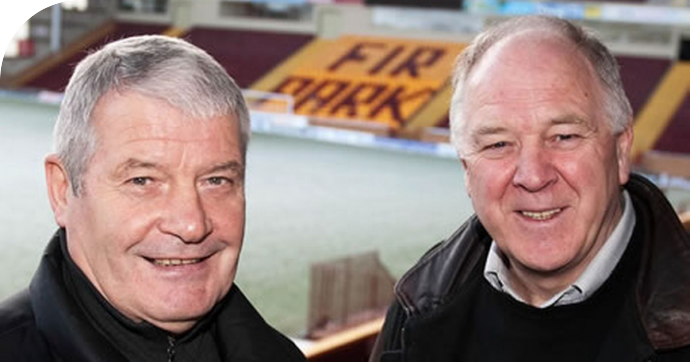 Two of Scotland’s iconic football managers are set to reflect on the glories of Scottish football history at a forthcoming event in Aberdeen.

Craig Brown and Archie Knox will look back over their careers at a lunch taking place at the Park Inn by Radisson in Aberdeen on Friday, 1st December 2017. The event is being held in aid of North East Sensory Services, one of Aberdeen’s oldest charities, which supports over 6,500 people with visual or hearing loss.

Mr Brown was one of Scotland’s most successful managers, having taken the national team to the UEFA European Cup Finals in England in 1996, and the 1998 FIFA World Cup Finals in France. He was Scotland manager from 1993 to 2001, with his team undefeated in 50 out of their 70 matches. Today, Mr Brown is still involved in the game as a non executive director at Aberdeen Football Club (AFC).

Mr Knox has also had a long managerial career, working as assistant legendary football managers including Sir Alex Ferguson, Walter Smith and of course Mr Brown, both domestically and internationally.

With Scotland having just missed out on the world cup once again, the pair will discuss their own managerial highlights and recall memorable moments from their illustrious careers.

The lunch is a fundraising event for NESS, which has centres in Aberdeen, Elgin and Dundee. The charity provides advice and support for blind, Deaf and Deafblind people, as well as those with serious hearing issues and sight impairment.

Graham Findlay, CEO for NESS, said: “Bringing Archie Knox and Craig Brown together to talk about their careers is a coup and we are looking forward to hearing their thoughts, not just on what they achieved in football, but the future of the game in Scotland.

“This event is an important part of the fundraising calendar for NESS, as it provides important funds that are primarily used to support our young people’s services and groups and activities for our elderly service users. We are grateful to the boys for coming along, and I am sure every Scotland and AFC fan will not want to miss out on this unique opportunity.”

Craig Brown said: “Archie and I are looking forward to getting together to talk about our days together at Motherwell, Aberdeen and Scotland. It’s been a disappointing time for the national team, but we will enjoy looking back at our successes over the years, and helping to raise money for one of Aberdeen’s most important charities”.

For more information on the event, or to purchase tickets, contact Neil Skene on 01224 793954 or neil.skene@nesensoryservices.org.