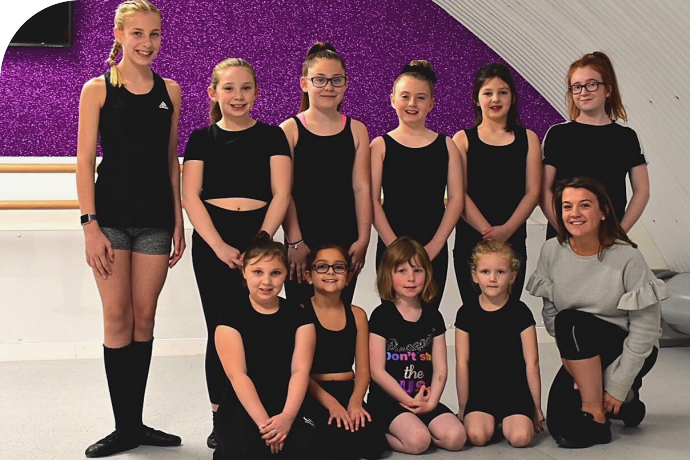 Highland dancing is the reel thing for Rigmar employee

Working and finding time to dedicate to a hobby can be difficult for some people, but a Rigmar Group employee is proving her passion for Highland dancing is more than just a fling.

Project controls administrator, Emma Lowson, 26, who has been a keen dancer since she was just three-years-old, has turned her hobby into a second career as a dance teacher, establishing her own dance school.

The former Forfar Academy pupil, who graduated with a degree in psychology from Aberdeen University, juggles her full-time work at Rigmar around running the Emma Lowson School of Dancing, based in the Step Up Dance Studios in Aberdeen.

Emma works in Rigmar’s commercial department alongside the company’s accounts team dealing with invoicing - a world away from her evening work.

After dancing competitively from the age of seven to 25, she hung up her competition dancing shoes to start her new teaching venture in April 2017, passing her skills and knowledge on to her pupils who range from pre-school age to 18.

Emma said: “I travelled all over the world and competed at premier level since I was nine, qualifying to compete in the world championships every year from the age of 12 to 22. When I was 15, I won the Scottish Championship at the Cowal Highland Games in Dunoon, which is one of the major competitions, and aged 17, I was a runner-up the World Junior Championships, which was an amazing achievement.

“I qualified as a dance teacher when I was 16 and made the decision to set up my own school as I thought there was a market for it in Aberdeen city centre. I absolutely love it.”

Teaching evening classes three times a week and working might sound tiring enough, but Emma also travels from Aberdeen to Forfar once a week for a class with her dance teacher, Elizabeth Low, who has taught her since she was a child.

She said: “I’ve got such a good relationship with her and she’s like my granny. It’s comforting to have her as a role model in my life.

“I still attend classes as I am also working towards sitting my judges exams so I can become a member of the board to judge competitions.”

Until two years ago, Emma was also travelling around the world as a backing dancer with the Red Hot Chilli Pipers.

“I have to admit it was really tiring juggling work around my time with the Chilli Pipers, but it was amazing as I got to visit lots of places including Ireland, Switzerland, Spain, America and Monte Carlo.

“As well as dancing at a number of their European dates, I also performed with them in Scotland, and the highlight had to be dancing on the main stage at T in the Park.

“After two years I had to give it up as it was taking up all my time every weekend. I would finish work on a Friday night to fly to a gig with them, and then be back in the office on a Monday morning. It was an amazing experience though, and I’m so glad I had the opportunity to do it.”

Although working full-time and being her own boss is a tiring combination, Emma is determined to make her business a success.

“My colleagues at Rigmar have been really supportive about my dance school.

“The most important aspect of my business is about the bond I form with my pupils, and I feel I’m having a positive impact on their life.

“I have already had a taste of success with one my pupils, which is a brilliant feeling, and I want to continue to pass on my passion for dance on to my girls for years to come.”