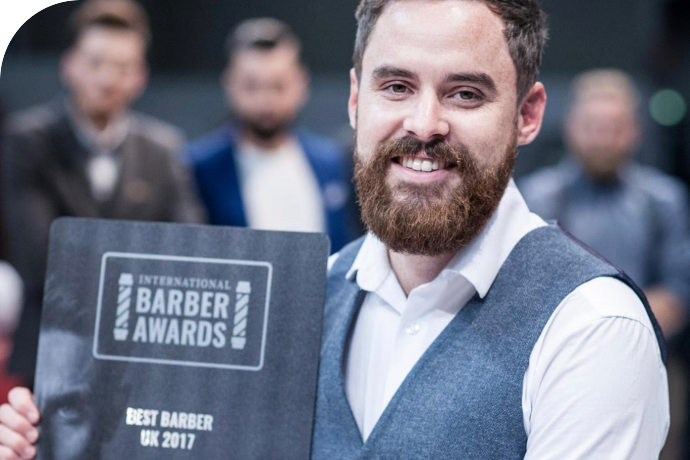 The owner of a luxury gents barber in Aberdeen is celebrating after being named Best UK Barber 2017 in a prestigious barbering competition.

Huntsman managing director, Kyle Ross, travelled to Germany for the grand final of the International Barber Awards, which took place on Sunday October 22, during the HAARE trade show.

Mr Ross, 27, went head to head with 21 other barbers from across the world in the first stage of the competition, performing barbering techniques. Nine contestants were then eliminated leaving 12 to do a beard trim and a spa facial treatment.

He narrowly missed out on making it through to the final stage of the event to claim the international barber title, but judges were highly impressed by his skills and quality of work, awarding him the Best UK Barber title.

The young barber launched Huntsman in Aberdeen’s west end in November 2016, following a career spanning almost 10 years working in some of the city’s top hair salons.

The luxurious salon offers a wide range of services for the modern day man, including everything from precision cutting, hot towel shaving, beard trimming and styling, to massage treatments and waxing.

Mr Ross, said: “I really enjoyed competing in the competition and although I didn’t win the international title, being awarded the Best UK Barber means a lot to me.

“The panel of experienced judges were from a number of different countries and are all highly respected names in the industry, and the feedback I received from them was fantastic, and proves that my hard work to establish the business has been worth it.

“Huntsman celebrates its first birthday in November, and winning this award highlights the high quality creative service we strive to provide our customers with.”