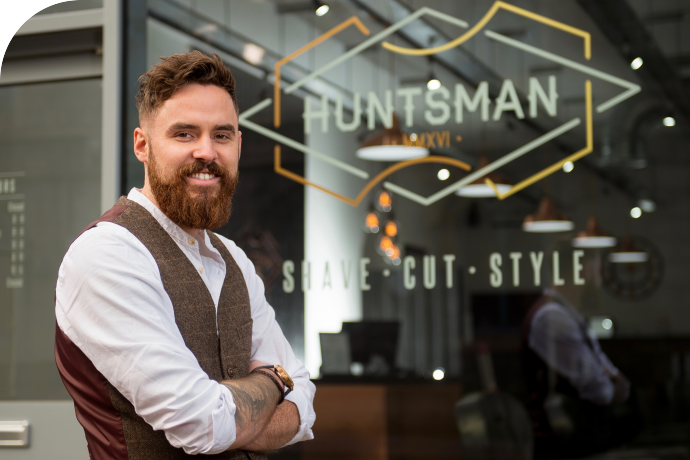 The managing director of a luxury gents barber in Aberdeen is preparing to represent Scotland in a prestigious international barbering competition.

Kyle Ross, who launched Huntsman in November 2016, will be competing in the grand final of the International Barber Awards, taking place on Sunday October 22 in Nuremberg, Germany.

Following his success in the UK final last month, he will compete against 21 other barbers from across the world at the event being held during the HAARE trade show.

Mr Ross, 27, who has almost 10 years of industry experience, working in some of Aberdeen’s top hair salons during his career, opened Huntsman in the city’s west end, to offer a wide range of services for the modern day man, including everything from precision cutting, hot towel shaving, beard trimming and styling, to massage treatments and waxing.

He will showcase his barbering skills during the competition, demonstrating the quality of his haircuts, shaves and beard trims.

Mr Ross, said: “Being chosen to represent Scotland in a competition of this level is a great achievement and I am looking forward to competing against some top talent from around the world.

“I met some great people during the UK leg of the competition, who are all extremely talented and creative, and it will be good to see them again during the event.

“At Huntsman we strive to deliver a first-class service, offering clients creative and innovative barbering techniques, and I look forward to demonstrating my skills to the judges.”