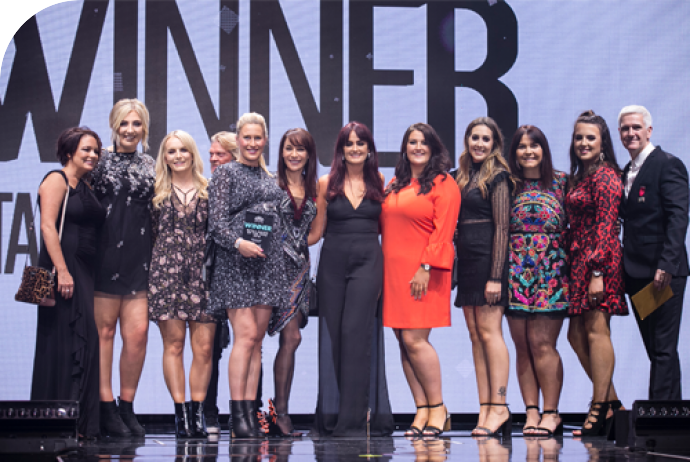 An Aberdeenshire hairdresser has secured a prestigious award at an industry show in London.

Rebecca Carr Hair Salon, which is based in Kintore, won Global Retailer of the Year with brand label.m after competing for the title against 7000 salons worldwide, with hundreds of applicants from across the globe.

The hair salon, which was launched in 2016, was announced as the winner of the title in front of a 4000 strong audience at the TONI&GUY Mainstage event at Salon International in London.

The prestigious award recognises the ability of a salon to demonstrate a true retail culture, with a high or increased retail turnover percentage, as well as a passionate team.

Entrepreneur Rebecca Carr started her career with international hair supreme TONI&GUY when she was just 15 and worked up through the ranks before launching her own business at the age of 29.

Since launching, the salon has grown rapidly and now has more than 3500 clients who travel from across the north east.

Mrs Carr said: “We are absolutely delighted to be recognised on such a global level for our commitment to label.m by winning Global Salon Retailer of the Year.  I was completely overwhelmed to secure the title against thousands of other salons in front of our industry peers.  It is a great accolade and recognition of the hard work that Team Carr has put in to creating a salon that can compete on a global level and the passion that they have in the brands that we use in salon.”

Judges of the awards were impressed that the salon had supported every product launch throughout the year and had succeeded in achieving year on year target growth over the past three years.  They were also commended for visual merchandising and engagement with the brand’s education support and work backstage at London Fashion Week.

Rebecca Carr Hair Salon has promoted label.m products since launching the north east salon.  Rebecca ensures her team has full training on the products and invests in her team to attend the brand’s training sessions, whilst promoting the brand throughout the social media channels.

The award secures a place for Rebecca Carr Hair Salon to join TONI&GUY’s artistic team at London Fashion Week 2019 for the Autumn/Winter collections.