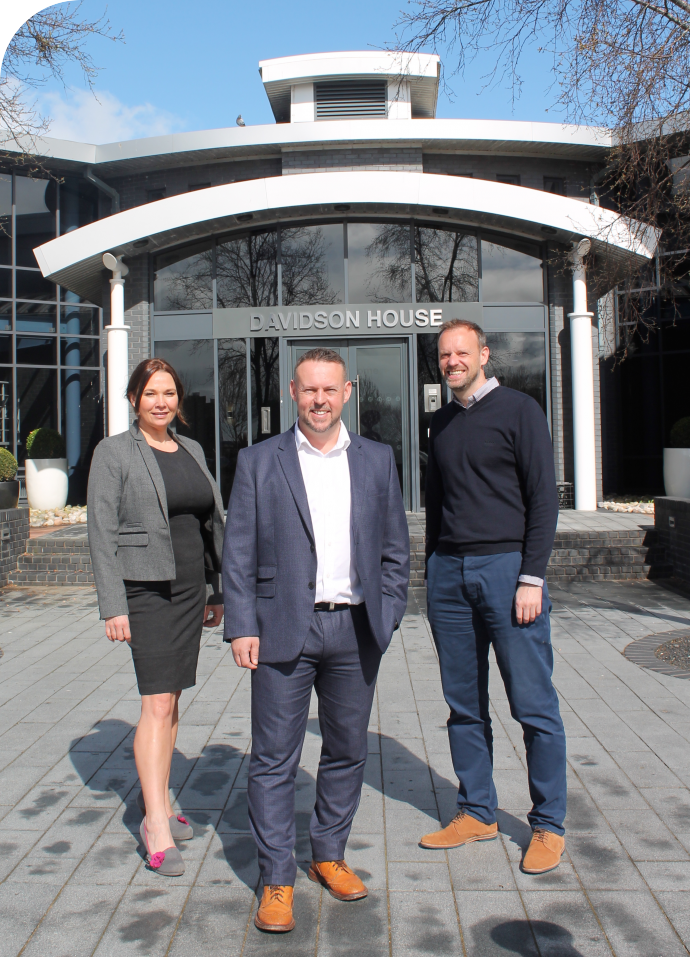 Scotland’s largest organic waste management company has expanded its operation in the North-east of Scotland with a six-figure investment in a second base.

Keenan Recycling, which has a recycling facility at New Deer in Aberdeenshire, has relocated its North-east headquarters to a new office in Aberdeen’s Innovation Park in the city’s Bridge of Don area.

The finance and food waste collection teams have been relocated from New Deer to the 1500 sq ft office in Davidson House as the company looks to expand its operations across the border into the north of England later this year.

Eleven of Keenan’s 80 strong staff are now based in the city office and with new posts already created with the move, the company is set to further increase numbers with the 2018 growth plans.

Keenan Recycling managing director, Grant Keenan, said: “As the business has continued to expand in recent years we had started to out grow our base at New Deer as staff numbers increased so we had to begin looking at options to open another office.  The facility at Davidson House in the Aberdeen Innovation Park is ideally suited for our food waste management collection and finance teams.

“We have operations across the North of Scotland and the Central Belt and the Aberdeen office will become the main operation hub for the collection side of the business, while the New Deer base remains our main recycling facility for the North.  It is superb timing expanding into the city as we forge ahead with our plans to cross over the border to England in early summer.”

Keenan Recycling secured a £2.2m investment from BGF (Business Growth Fund) in 2015, which has supported the growth in the food waste collection business with more than 4000 customer sites now serviced Scotland wide.

The company has ambitious plans to grow turnover to between £30m-£40m in the coming five years.

Hugh Canham, asset manager with Aberdeen Energy & Innovation Parks owner, Moorfield Group said: "Keenan Recycling is a successful and evolving business which is a great addition to our impressive tenant mix at the Innovation Park. We can offer Grant and his team the service to help them grow and develop their operations further.”